A commercial real estate market rebound is in full force at Sperry Van Ness in Sarasota-Bradenton. 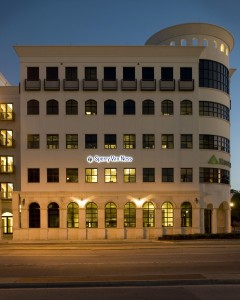 The office, Sperry Van Ness Commercial Advisory Group, ranked 10th in sales volume across the entire company in 2013, with around $74 million in transactions. That put the office in the company of much larger markets such as Chicago, Los Angeles and Portland. Irvine, Calif.-based Sperry Van Ness has more than 175 locations in 36 markets.

Not only was 2013 stellar, but so far 2014 has been even better, says Sperry Van Ness Commercial Advisory Group Managing Director Tony Veldkamp. The office, in total, has already surpassed 50% of what the brokers did in 2013. “I’m not saying we will continue with that,” Veldkamp says, “because some of these things are hit and miss.”

Veldkamp says there are several factors to the hot streak, beyond a general market rebound. One is in renewed interest in 1031 tax-deferred exchange deals, which can involve deferred capital gains taxes.

He also credits the individual creativity of the brokers at the office to come up with unusual deals. Some are even outside the region, from Orlando to Louisiana, for local clients.

“They baffle me sometimes with the deals that come to my desk,” Veldkamp tells Coffee Talk. “But they are so experienced and talented.”

One agent in particular who outperformed her peers is Gail Bowden. With $20 million in transactions in 2013, she ranked 27th among all Sperry Van Ness brokers nationwide and fifth in Florida. Her deals included brokering a $10 million 1031 exchange sale of an 84,700-square-foot building in Kissimmee, south of Orlando.

Veldkamp projects his staff of rainmakers will be especially busy in April and May, before the real rainy season starts and sales traditionally tend to slow down. Says Veldkamp: “We are banging out all the deals we can now.”